This guide is brought to you by Damien McEvoy Plumbing Sutherland Shire.

Sutherland Shire’s 370 square kilometers contain both urban development, now continuous with the city of Sydney, and pristine Royal NationalPark. South of Botany Bay and split in two by Georges River, the area has seen lots of fascinating history, both before and after it was proclaimed as its own district in 1906.

The land that came to be called Sutherland Shire was inhabited by several Dharawal speaking peoples, as well as clans of Gandangara speaking people. The two largest clans in the area were the Gwegal and Norongeragal, whose traditional form of life revolved around small communities of between 15 and 20 people. These groups sustained themselves through gathering edible plants, hunting, and fishing.

Investigations undertaken by archaeologists have conclusively proven that Australian First Nation’s peoples lived in the Sutherland Shire area for at least 8200 years before the arrival of Europeans, but other estimates hold the history of human habitation in the area to stretch back as long as 30,000 years.

Sutherland Shire still contains many traditional rock homes from various periods of history and many examples of artistic work by the Dharawal people, including rock paintings and engravings.

James Cook was not yet a Captain, just a Lieutenant, when he sailed into Botany Bay and landed on the Kurnell Peninsula. He and his crew explored the surrounding area for about a week before going back to sea. Cook’s landing has led some to claim that Sutherland is the birthplace of modern Australia.

Although the expedition was very short, a tragic event that gave Sutherland Shire its name occurred. While anchored, a Scottish crew member named Forbes Sutherland passed away as a result of tuberculosis. Cook named the tip of the peninsula ‘Point Sutherland’ as a gesture of respect.

The British government planned to open a prison for convicts from the UK on the shores of Botany Bay, but problems with the site caused them to move the site to Sydney Cove.

For many years after that, the city of Sydney developed and grew while Sutherland remained largely uninhabited by European Settlers. In the 1860s, a politician and businessman named Thomas Holt bought a large amount of land from the British Crown. He began developing industries around oyster farming, cattle herding, coal mining, and timber.

The increased economic activity led to slow growth in population and eventually the opening of a railway line through Sutherland Shire in 1885.

Sutherland Shire’s growth continued to be slow, with about 1600 residents when it became its own district in 1906. By 1913 the population reached 7500, and in 1931 was over 12000. The growth began to accelerate, however, after World War II, when it became a center of the ‘Homes for Heroes’ campaign for veterans.

By the late 1950s, the Sutherland’s developed sections grew to meet the expanding city limits of Sydney, bringing the two together even as Sutherland Shire retained its style and identity.

I had an emergency issue at 2 in the morning, I called Damien McEvoy Plumbing and there was a plumber at my door within 15 minutes. There was no other company that would answer my phone calls at that time of the morning. We were truly lucky that this company offers such an amazing emergency plumbing service.

Find Us On Google Maps 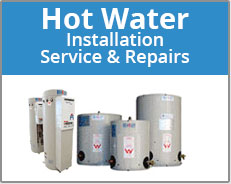