Must See Attractions In Sydney

Sydney Opera House
Located on the waterfront of Bennelong Point, this is one of the most famous buildings in the world. Its most captivating feature is the sloping white roofs that make it appear like a giant ship setting out to sea. This performing art centre took a whopping 16 years to construct and was completed in 1973. This world famous venue has hosted some of the biggest name sin the entertainment industry and even has its own bar which is right on the water, be sure to stop in for a cool beverage to take in the amazing view. 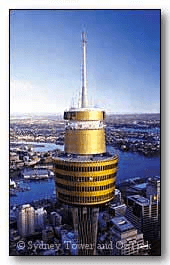 Visit and dine in one of its restaurants as you enjoy the amazing views down below. You can also catch a movie in its most recent addition, the breathtaking 4D cinema that has added effects such as bubbles and wind.

Bondi Beach
This is a crescent shaped beach that features golden sand with beautiful lawns, homes and apartments on the background. The beach is a haven for sunbathers, swimmers on the north and surfers towards the south where the waves are more rough and tough. Changing rooms are well spread along the beach. There are many cafes and bars where one can catch a drink of their choice or enjoy sumptuous Australian cuisine.

The Rocks
The Rocks is a name given to Sydney’s oldest neighbourhood. The name is due to the areas rocky shore. This was Australia’s first permanent settlement for the Europeans, the area where the country’s convict history started. Years later in 1800s the area had turned into a slum full of taverns and brothels and crime was rampant. However, the area was restored in the 1970s and currently features art galleries, beautiful restaurants, souvenir shops and boutiques as well as the original homes and warehouses.

Royal Botanic Gardens
Believe it or not; this garden was established in 1816. It features more than 7500 plant species. Many of these are native to Australia. The most captivating collections in the garden include the Tropical Centre, which features plants housed in greenhouses have been shaped like pyramids. The garden also has a special garden for rare and endangered species where the ancient Wollemi Pine that dates back over 200 million years ago can be found. There is no entrance fee so make sure you head down to this site when you are in Sydney.

Darling Harbour
Far from its past glory as the home of Sydney’s industrial wharves and docks, this Harbour has been completely transformed to exhibit more of Australian culture and tourism. The Harbour lies next to the CBD.

This amazing area features many of the top attractions in Sydney including the Sydney Aquarium, the Aboriginal Centre, and the Australian National Maritime Museum not forgetting the IMAX Theatre that hosts the world’s largest screen. Now thanks to one of the most innovating plumbing companies in Sydney there is a 4D experience offered in selected rooms within the IMAX theatre.

Sydney Harbour Bridge
This iconic monument was completed in 1932. In addition to being the main method of crossing the Harbour, the bridge features an arch that stretches 134 metres above sea level with a width of 503 metres which is a top attraction for adventurous tourists. Tourists looking to ascend to its top have to wear protective clothing and are secured to a wire lifeline. The climb and descent takes a whole three and half hours.
These are just some of the attractions in this great city.

Whether you are a historian, archaeologist, hiker, surfer or just an eager tourist looking for a great experience full of fun and adventure, Sydney has something for everyone. The city and Australia in general should be on your list of places to visit in your lifetime.